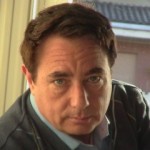 Presentation: “Living La Vida Loca” • Sunday, November 12, 10:30 AM • Paul Davids is a writer of films and novels, especially about science fiction. Often collaborating with his wife, Hollace, Davids has written and directed several films. He also written episodes for the television series Transformers as well as a spin-off Star Wars series with his wife informally known as the Jedi Prince series.