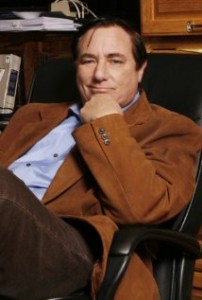 Paul Jeffrey Davids grew up in Kensington and Bethesda, Maryland, where he attended Garrett Park Elementary School, Kensington Junior High School and Walter Johnson High School. He is the son of Dr. Jules Davids (Ph.D.), the late tenured full professor of American Diplomatic History at Georgetown University who was one of the “Founding Fathers” of Georgetown’s School of Foreign Service. Jules Davids was also author of the textbook America and the World of Our Time published by Random House and a contributor to John F. Kennedy’s Profiles in Courage who is acknowledged in the Preface to JFK’s book for his material contribution to several chapters. Paul Davids’ mother, Frances Davids, taught 5th grade throughout her career.

Becoming a winner in the first Famous Monsters of Filmland magazine Amateur Movie Contest at age fourteen was an early influence for Paul Davids in choosing a career in motion picture production. From elementary school days onward, he made many amateur science-fiction, dinosaur, dragon and monster films using stop-motion animation, and his cinematic heroes from a young age were Ray Harryhausen, George Pal and Forrest J Ackerman. As an undergraduate at Princeton University (majoring in psychology) he won numerous writing awards, including the F. Scott Fitzgerald Prize for writing literature. He was the only undergraduate who kept an animation stand in his dorm room to draw and film cartoons while in college. From Princeton, he was accepted as one of the first 15 fellowship students at the American Film Institute Center for Advanced Film Studies in Beverly Hills. His student film at AFI is called “Examination” and featured Paul Picerni, noted for TV’s “The Untouchables.” His mentor at AFI was George Seaton, writer of “Miracle on 34th Street” and director of many films.

Paul Davids’ earliest experiences in the entertainment business were as an employee of agent Paul Kohner, known as “The Magician of Sunset Boulevard.” Work for five years as a script analyst and assistant to Paul Kohner created working relationships during the latter years of the lives of Kohner clients William Wyler, John Huston, Charles Bronson, Cornel Wilde and Alistair MacLean. It was at that time that he wrote the script for the Robert Dornhelm feature “She Dances Alone,” about Nijinsky’s daughter, Kyra. He was a segment producer for F. Lee Bailey on the TV series “Lie Detector,” and then his first major break came when Marvel Productions’ executive producer Nelson Shin hired him as the production coordinator for “The Transformers” animated series. He was aboard for 79 episodes, and he also wrote numerous episodes. Lucasfilm then contracted him (with his wife, Hollace) to write six sequel Star Wars novels (“The Glove of Darth Vader,” “The Lost City of the Jedi,” “Zorba the Hutt’s Revenge,” “Mission From Mount Yoda,” “Queen of the Empire” and “Prophets of the Dark Side”). The illustrated books began appearing in 1992 and sold millions of copies in paperback and hardback worldwide, including translations into Japanese, French, Hebrew and several other languages.

Following his role as executive producer and co-writer for Showtime’s “Roswell” (1994) he went on to produce, write and direct almost a dozen independent films, dramas or comedies, and many of them feature documentaries, sometimes on controversial topics. Universal released five of Paul Davids’ features to TV worldwide. The participation of Peter Jackson in the Paul Davids documentary “The Sci-Fi Boys” helped with its release around the time of Peter Jackson’s “King Kong,” and it went on to win the Saturn Award for Best Documentary of 2006, as well as other awards, and extensive worldwide TV showings.

Paul Davids has been a longtime member of WGA and PGA. He is been married to Hollace G. Davids (Senior Vice-President of Special Projects for Universal Pictures for over fifteen years), and they have two grown children, Jordan Duvall and Scott Michael Davids (who has many credits as an editor and special effects supervisor on major films and TV shows). Paul Davids is also a noted artist who has had many exhibitions (including a three month exhibit in 2014 at the Ritz-Carlton resort in Laguna-Niguel). He has lectured at many conferences, often on the subject of UFO’s and the Roswell Incident. His favorite hobby is magic, and he has been a member of the Magic Castle in Hollywood (the Academy of Magical Arts) for 28 years – and he generally attends “The Castle” than once a month when he is in Los Angeles.

If you enjoy hanging out with intellectual people, have an open mind, and can think outside the box, then save the date – May 18-20. The … END_OF_DOCUMENT_TOKEN_TO_BE_REPLACED

Collective Evolution has recently posted a video interview with Former Senator Mike Gravel by John Fugelsang on Current.com's "Viewpoint." This 8:36" video and accompanying article offer excellent, credible information on the topic of UFO disclosure. "This is a global issue, … END_OF_DOCUMENT_TOKEN_TO_BE_REPLACED