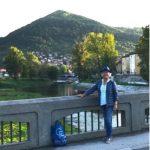 As a representative of the Bosnian Pyramids for Spain and Latin America since 2011, I have learned a lot and I have been visiting the Valley of the Pyramids ever since, at least once or twice a year. I have learned that nothing we got thought in schools concerning history is true, and this is what is coming out and proven through the latest archaeological findings worldwide. 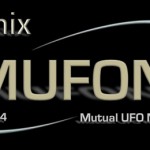 The Mutual UFO Network Is one of the oldest and largest UFO investigative organizations in the United States. Established as the Midwest UFO Network in Quincy, Illinois, on May 30, 1969, by Walter H. Andrus, Allen Utke, John Schuessler, and others, most of MUFON’s early members had previously been associated with APRO (Aerial Phenomena Research Organization).The organization now has more than 3,000 members worldwide, with a majority of its membership base situated in the continental United States. 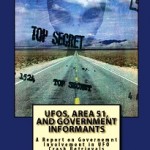 This is one of the most important books ever written on the clandestine world of the UFO cover-up. Grant Cameron and Scott Crain do more than demonstrate the reality of an extraterrestrial presence on Earth. Through tenacious investigation and impeccable research, they shine a light into the CIA, NSA, Air Force, Navy, and other inside groups that have managed this secret for decades. 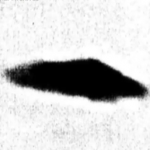 When the U.K. released declassified UFO documents a few days ago, the 25 files of nearly 7,000 pages included how Prime Minister Tony Blair had been briefed on UFO sightings in 1998, the Ministry of Defense was concerned about military jets crashing after reported encounters with UFOs and more.

A special to the Stephenville Empire-Tribune featured the 2012 Women’s UFO Symposium. “Predominantly, more men than women have been involved in the topic [of UFO research], but Harris aims to change that trend and has set out to highlight and encourage women in the field. The symposium boasts a list of noted women speakers, but […] 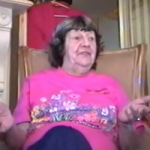 Absolutely fascinating series of an interview with legendary abductee Betty Hill posted on UFO Insider-Lisa Romanek. This interview was conducted by John Horrigan, a New England “folklorist,” in October of 1999. The interview was lost until Horrigan discovered the tape in his attic in 2009. The interview took place at Betty’s home in Portsmouth, New Hampshire. 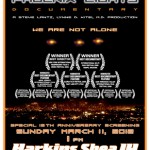 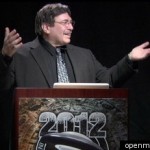 Read this refreshing take on skepticism and the UFO community, along with a great snapshot of highlights of the Congress. While we’re at it, we send out a big congratulations to Lee for receiving the Researcher of the Year Award. “UFO Congress Had Good Amount Of Skepticism, But More Is Needed” There was a time […]

It seems that almost every week, there is an announcement about new astronomical discoveries that have been made within our solar system and beyond. However, this week’s meeting of the American Astronomical Society in Austin, Texas, has brought startling revelations of huge leaps in scientific discoveries in space, and has turned the eyes of even the most conservative Americans sky-ward. 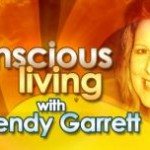 Wendy Garrett, host of Conscious Living, talks to Angelia Joiner about the Women’s UFO Symposium as well as the story that changed her life and the lives of so many others. Angelia is known internationally for breaking the UFO sighting story in Stephenville, Texas, in January 2008. 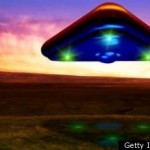 Thank you to Lee Speigel at the Huffington Post for his excellent article about the Symposium and its historical context. “And for decades, presenters at UFO conferences have been predominantly male — until now. The first annual Women’s UFO Symposium is gearing up to offer a new perspective and restore balance to the growing world of gatherings where people present their ideas and experiences in UFOlogy.” Read more…

If you enjoy hanging out with intellectual people, have an open mind, and can think outside the box, then save the date – May 18-20. The … END_OF_DOCUMENT_TOKEN_TO_BE_REPLACED

Collective Evolution has recently posted a video interview with Former Senator Mike Gravel by John Fugelsang on Current.com's "Viewpoint." This 8:36" video and accompanying article offer excellent, credible information on the topic of UFO disclosure. "This is a global issue, … END_OF_DOCUMENT_TOKEN_TO_BE_REPLACED