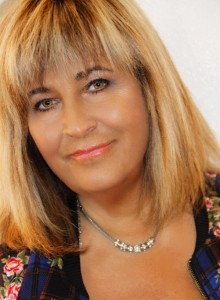 Paola Leopizzi Harris (Italy/Europe/Vatican) is an Italo-American photojournalist and investigative reporter in the field of extraterrestrial related phenomena research.  She is also a widely published, free-lance writer, especially in Europe.  She has studied extraterrestrial related phenomena since 1979 and is on personal terms with many of the leading researchers in the field.

Her newest research with Jacques Vallée was published in the breakthrough book Trinity: The Best Kept Secret (2021) and her own book UFOs: Stargate to a New Reality: Essays and Interviews with Experts in The Field of Ufos and Related Phenomena (2022).

From 1980-1986 she assisted Dr. J. Allen Hyneck with his UFO investigations and has interviewed many top military witnesses concerning their involvement in the government truth embargo.

In 1997, Ms. Harris met and interviewed Col. Philip Corso in Roswell, New Mexico and became a personal friend and confidante.  She was instrumental in having his book The Day After Roswell, for which she wrote the preface, translated into Italian.

She returned to Roswell in the summer of 2003 for the American debut of her book of interviews, Connecting the Dots: Making Sense of the UFO Phenomena. She is a key figure in the world of Exopolitics. Her second book is entitled Exopolitics: How does one speak to a Ball of Light: Exopolitical Challenges and Protocols for Future Contact, speaks of the Orb and Light Sphere Phenomena including the light phenomena seen during StS-75 NASA Footage. She has recently completed a text book in Exopolitics which is called Exopolitics: All the Above. Her latest book Exopolitics: Stargate to a New Reality includes some amazing military witness Testimony.

Paola appears with Monsignor Corrado Balducci in the DVD “Fast Walkers” created by Safespace producer Robert Miles. She also has appeared in a recent Norwegian documentary called “The Day Before Disclosure”. As an leading investigative journalist in the UFO field, her two comprehensive interviews of Canadian former defense minister Paul Hellyer have become a benchmark in her career. Her books have been translated into 4 languages and her video interviews are currently available on UTUBE.

She has spoken all through Europe, (Ireland, England Switzerland, Spain, France, Germany and Belgium) of the importance of full disclosure. She was recently given a recognition award at the International Ovni conference in Mexico, City in March 2010 by renowned journalist Jaime Maussan.

She has a regular column in  X-times UFO Magazine, has written for Nexus, Australia, Explora, and Open Minds Magazine among others publications.She is a regular contributor on Coast to Coast A.M. with George Noory.

Paola lives in Boulder, Colorado and has a Masters degree in Education.  She teaches Exopolitics and Hollywood and Disclosure as On-line classes for Dr. Michael Salla’s Exopolitics Institute for which she in International liaison director. She also teaches for the International Metaphysical University On-line program.

If you enjoy hanging out with intellectual people, have an open mind, and can think outside the box, then save the date – May 18-20. The … END_OF_DOCUMENT_TOKEN_TO_BE_REPLACED

Collective Evolution has recently posted a video interview with Former Senator Mike Gravel by John Fugelsang on Current.com's "Viewpoint." This 8:36" video and accompanying article offer excellent, credible information on the topic of UFO disclosure. "This is a global issue, … END_OF_DOCUMENT_TOKEN_TO_BE_REPLACED