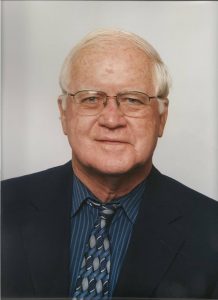 Dr. Boylan is Star Nations’ Councillor [Ambassador] for Earth. His assignment: advancing a good relationship between Earth and space peoples. Visit his website, www.drboylan.com, for Dr. Boylan’s books and articles.

Dr. Richard J. Boylan is a Ph.D. behavioral scientist, anthropologist, university associate professor (emeritus), retired clinical hypnotherapist, consultant, and researcher. He is a specialized consultant to Star Kids and Star Seed adults seeking to better understand their full origin, star heritage, identity and mission. He provides education so that Star Kids and Star Seed adults can achieve inner growth, spiritual development, and better understand their future path.Dr. Boylan’s career has spanned five decades of service as a psychologist, hypnotherapist, social worker, clergyman (retired), educator, and space-civilizations anthropologist. He has taught as a Lecturer at California State University Sacramento and the University of California, Davis, and was a Professor at National University.

Since 1989 Dr. Boylan has conducted research into human encounters with the Star Visitors and provided consultation to experiencers. This has led to his creating the Star Kids Project to work with these genetically-upgraded youngsters with advanced abilities and characteristics and with their families.

He has presented papers on his research at the 1992 M.I.T. Abduction Study Conference, the 1995 Cosmic Cultures International Conference at Washington, DC, and other conferences.

Dr. Boylan is author of five books, Close Extraterrestrial Encounters (1994), Labored Journey To the Stars (1996), Project Epiphany (1997), Star Kids: the Emerging Cosmic Generation (2005), and The Human-Star Nations Connection (2012). He has over 50 articles published. He is President of the Star Kids Project which provides educational and training programs for Star Kids and Star Seed adults. He has conducted several workshops for mental health professionals on specialized counseling for experiencers of Star Visitor contact. He has lectured widely at regional and national conferences, and has been interviewed on numerous radio and television programs, including twice on NBC’s Sightings, on Paramount Television Network’s Paranormal Borderline, three times on Art Bell’s Dreamland program, and as many times on George Noory’s Coast To Coast AM program.

Dr. Boylan is Past-President of the Sacramento Valley Psychological Association. He lives with his wife, Lee Boylan, MBA, in Diamond Springs, California. They have four grown children.

If you enjoy hanging out with intellectual people, have an open mind, and can think outside the box, then save the date – May 18-20. The … END_OF_DOCUMENT_TOKEN_TO_BE_REPLACED

Collective Evolution has recently posted a video interview with Former Senator Mike Gravel by John Fugelsang on Current.com's "Viewpoint." This 8:36" video and accompanying article offer excellent, credible information on the topic of UFO disclosure. "This is a global issue, … END_OF_DOCUMENT_TOKEN_TO_BE_REPLACED