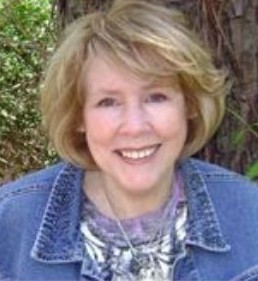 PRESENTATION “Astrology and Beyond”
Sunday, 2-3PM

Maxine uses a combination of astrology, energy healing and spiritual coaching to awaken her clients to their personal destinies. Be prepared to be awakened!

Maxine began studying astrology in 1966. In 1968, she became Georgia’s first licensed astrologer. She continued to make history by spearheading the establishment of the Atlanta Board of Astrology Examiners.

Maxine was CNN’s on-air astrologer in the 1980s, and appeared as a guest on The Larry King Show. She has been featured on national and international radio and TV since 1968.

Maxine is an empath and a walk-in. Her background in Reconnective Healing and Matrix Energetics Healing evolved into Star Matrix, her own healing technique, which she discovered in 2007.

Maxine is a co-founder of the Metropolitan Atlanta Astrological Society and the Atlanta Institute of Metaphysics. She is on the Board of Directors of the American Federation of Astrologers and Walk-Ins Among Us. She is the author of five astrology books and the Amazon #1 best-seller, Move Into the Magic. Her most recent Amazon #1 best-seller is a science (non-) fiction book, The Earthbound Trilogy.

Maxine is the host of her own weekly radio show, Move Into the Magic, on the Co-Creator Network, on which she interviews cutting edge spiritual and healing leaders.

Websites: MaxineTaylor.com, Move Into the Magic

Collective Evolution has recently posted a video interview with Former Senator Mike Gravel by John Fugelsang on Current.com's "Viewpoint." This 8:36" video and accompanying article offer excellent, credible information on the topic of UFO disclosure. "This is a global issue, … END_OF_DOCUMENT_TOKEN_TO_BE_REPLACED