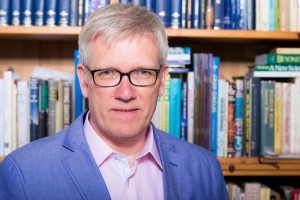 PANELIST “How Can We Create A Utopian Future?”
Saturday, 3-4:30PM

Gerard will be speaking about the Space Brother movement that began in the United States in the 1950s, and demonstrates that human-type aliens have been visiting us for a long time.

Gerard Aartsen is an author, speaker and researcher who writes about the extraterrestrial presence from his background as a student of the Ageless Wisdom teaching. His books about the ET presence have been published in various languages and his articles appear in magazines around the world.

He is a longstanding co-worker of Share International, a worldwide network of groups affiliated with British esotericist Benjamin Creme, who is the main source of information about the return of the World Teacher and the Masters of Wisdom now, at the dawn of a new cosmic cycle. He has lectured on the significance of the ET presence and its connection with the Ageless Wisdom teaching in America, Europe and Asia.

Gerard Aartsen (1957) has a Master of Education degree from the Amsterdam University of Applied Sciences, the Netherlands, where he has held a teaching position in the department of secondary education since 2001.

Gerard will be presenting “True Exopolitics: Priorities for a Planet in Transition” at the 2015 Symposium.

Collective Evolution has recently posted a video interview with Former Senator Mike Gravel by John Fugelsang on Current.com's "Viewpoint." This 8:36" video and accompanying article offer excellent, credible information on the topic of UFO disclosure. "This is a global issue, … END_OF_DOCUMENT_TOKEN_TO_BE_REPLACED