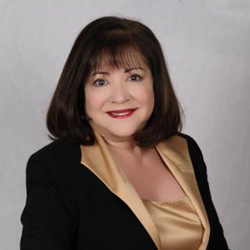 vonne Smith, C.Ht. became concerned with victims of Post Traumatic Stress Disorder (“PTSD”) in the late 1980s, and in 1990 (after 2 years of studies and 1000 hours of internship) received her hypnotherapist certification from  the California Hypnosis Motivation Institute, the only such accredited institution in the United States.

In 1990 when she opened her office, she immediately began to work with PTSD victims, assisting them and encouraging them to work through and cope with their PTSD experiences. Many of her subjects were and are referred to her by physicians and psychologists who believe Yvonne’s expertise can benefit their patients.

Observing that many of her subjects were describing a pattern of alien abduction and other close encounter experiences, in 1991 Yvonne founded CERO (Close Encounter Research Organization, later renamed Close Encounter Resource Organization) which provides personal attention and maintains active monthly support group meetings by which Yvonne is able to remain close and supportive.  At CERO meetings, PTSD subjects may share their thoughts and feelings about their unusual experiences and any continuing difficulties.

CERO gained national and international recognition since its founding, and Yvonne and CERO have been favorable mentioned by name in books by several authors in their discussions of regressive hypnotherapy to ameliorate PTSD symptoms.  One of few hypnotherapists internationally recognized in this unique field. In addition to her continuous TV appearances, radio interviews, and conference lectures requests, Yvonne is frequently asked to call upon her CERO experience and review and critique various author’s manuscripts before they are published.

CERO celebrated its 20th year January 2012 with a private presentation by “Fire in the Sky” Travis Walton and one his fellow workers, Steve, who was a witness to Travis’ abduction 35 years ago.

Collective Evolution has recently posted a video interview with Former Senator Mike Gravel by John Fugelsang on Current.com's "Viewpoint." This 8:36" video and accompanying article offer excellent, credible information on the topic of UFO disclosure. "This is a global issue, … END_OF_DOCUMENT_TOKEN_TO_BE_REPLACED