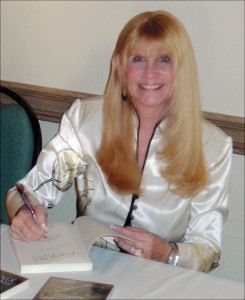 Dr. Lynne Kitei is an internationally acclaimed physician and health educator who pushed aside her successful medical career to pursue The Phoenix Lights book and internationally award-winning Documentary project. She was leading the cutting edge era of early disease detection and prevention as Chief Clinical Consultant of the Imaging-Prevention-Wellness Center at the world renowned Arizona Heart Institute in Phoenix, Arizona until coming forward, after seven years of anonymity, as a key witness to the historic and still unexplained mass sighting throughout Arizona on March 13, 1997.

Dr. Lynne has been called the “woman pioneer” of medical communications in TV Guide after creating and producing innovative TV News health reports for NBC in Philadelphia in 1976. Since that time, Dr. Lynne has dedicated over 30 years to global public awareness, wellness, and health education. She has appeared as the resident health reporter for NBC affiliates in Philadelphia and Phoenix, and has been featured on USA Cable, FOX TV News, FOX in the Morning with Mike & Juliette, ABC, CNN and CBS affiliates, Comcast, NBC Japan, MSNBC, Dateline NBC, National Geographic TV, The Travel Channel, and the History Channel.

As the producer, writer, and director of the “You Make It!” health video and workbook curriculum series, Dr. Lynne has been recognized with the Telly Bronze Award in 1995, the National Education Film & Video Festival Silver Apple Award in 1994, the New York International Film Festival Finalist Award in 1992, and 1993, and many others. She worked under the auspices of the Arizona Community Foundation for 20 years to help fund and distribute her revolutionary prevention/education programs to schools, churches, youth groups and libraries throughout Arizona. Just Say KNOW to AIDS, Just Say KNOW To Drugs, Teen Pregnancy… Children Having Children and Drugs Don’t Make IT! are currently being distributed worldwide by Discovery Education.

The Phoenix Lights Documentary has won over a dozen international film festivals including:

The Phoenix Lights…We Are Not Alone Documentary has also celebrated special screenings at the historic Majestic and Mann’s Chinese Theaters, as well as at Warner Brothers Studios in Hollywood, California.

Besides the hundreds of radio and TV appearances sharing the historic Arizona mass sighting, Dr. Lynne continues to tour the US and abroad, introducing screenings of the internationally award winning Phoenix Lights Documentary, as well as presentations for her bestselling book, The Phoenix Lights…A Skeptic’s Discovery That We Are Not Alone and riveting power point lecture, “Coincidence or Communication?” In addition, after 30 years producing award winning video/workbook prevention-education curricula concerning the reality of vital health issues, Dr. Lynne is currently developing a comprehensive curricula for 5th to 12th grades concerning the reality of THIS vital issue called “OUT OF THE BOX”. Learn more at the Phoenix Lights Network

If you enjoy hanging out with intellectual people, have an open mind, and can think outside the box, then save the date – May 18-20. The … END_OF_DOCUMENT_TOKEN_TO_BE_REPLACED

Collective Evolution has recently posted a video interview with Former Senator Mike Gravel by John Fugelsang on Current.com's "Viewpoint." This 8:36" video and accompanying article offer excellent, credible information on the topic of UFO disclosure. "This is a global issue, … END_OF_DOCUMENT_TOKEN_TO_BE_REPLACED