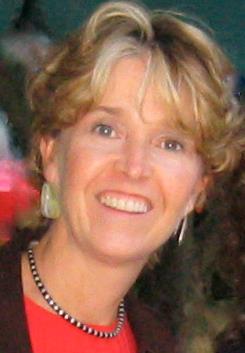 She is known for Travis: The True Story of Travis Walton (2015), Mufon Insider – All things UFO (2019) and Alien Abduction: A True Story.

Jennifer is a coordinating member of Noetic Sciences Shift in Action for South Eastern Pennsylvania and is State Section Director and field investigator for the Mutual UFO Network (MUFON) Pennsylvania, West Virginia, Delaware.  Jennifer has coordinated regular monthly programs at the Tredyffrin Public Library in Strafford Penn., since September 2002 as a public educational service. For more information visit mainlineMUFON.com.

Inspired by the late Zecharia Sitchin to investigate ancient sites for her self, Jennifer speaks about her ongoing research of crop circles and ancient sites. At the 2014 StarworksUSA UFO Symposium, Jennifer will present, for the first time, her personal UFO experience in 1975 which influenced her decision later in life to join MUFON and to help educate others to explore their personal experiences further to better understand themselves and the world we live it.

Jennifer Stein’s groundbreaking documentary “The Disclosure Dialogues: It Could Happen Tomorrow” won the EBE awards at the 2012 International UFO Congress for “Best UFO Documentary” and for “The People Choice Award.” This is a beautifully edited, three camera presentation capturing private conversations the public doesn’t always have a chance to hear. Learn more about this fantastic project and watch the trailer at Paranormal Media Group/Disclosure Dialogues

If you enjoy hanging out with intellectual people, have an open mind, and can think outside the box, then save the date – May 18-20. The … END_OF_DOCUMENT_TOKEN_TO_BE_REPLACED

Collective Evolution has recently posted a video interview with Former Senator Mike Gravel by John Fugelsang on Current.com's "Viewpoint." This 8:36" video and accompanying article offer excellent, credible information on the topic of UFO disclosure. "This is a global issue, … END_OF_DOCUMENT_TOKEN_TO_BE_REPLACED