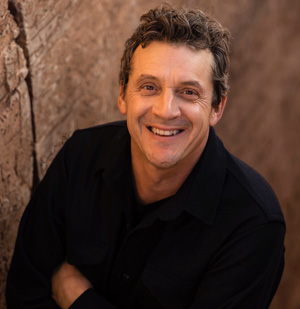 James Fox’s newest film, “Moment of Contact” will be screened at the 2022 StarworksUSA Conference.

Bio: James Fox is the Executive Producer and Director of several critically acclaimed UFO documentaries, 50 years of Denial, Out of the Blue and I Know What I Saw. Out of the Blue aired on the Sci-Fi channel and I Know What I Saw aired on the History channel. His newest film, “Moment of Contact”, explores extraterrestrial encounters centered on a series of events in 1996 when citizens of Varginha, Brazil, reported seeing a UFO crash and one or more strange creatures. All of these documentaries are geared towards sharing eyewitness accounts from individuals with impeccable credentials, breaking the stereotype of the typical UFO witness.

In 1998, he completed and sold his first major documentary ‘UFOs: 50 Years of Denial’ to the Discovery Channel. It included such notables as Apollo 14 Astronaut Edgar Mitchell and Col. Philip J. Corso, who was in charge of the foreign technology desk at the Pentagon during the Eisenhower administration.  For his film, Out of the Blue, James interviewed witnesses including President Gerald Ford, Mercury Astronaut Gordon Cooper, Cosmonaut Pavel Papovich in Star City, Russia, and five-star Admiral Lord Hill Norton in England.

If you enjoy hanging out with intellectual people, have an open mind, and can think outside the box, then save the date – May 18-20. The … END_OF_DOCUMENT_TOKEN_TO_BE_REPLACED

Collective Evolution has recently posted a video interview with Former Senator Mike Gravel by John Fugelsang on Current.com's "Viewpoint." This 8:36" video and accompanying article offer excellent, credible information on the topic of UFO disclosure. "This is a global issue, … END_OF_DOCUMENT_TOKEN_TO_BE_REPLACED