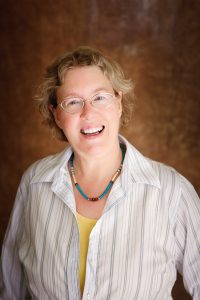 Angela Thompson Smith, Ph.D., is the director of Mindwise Consulting and teaches a Remote Viewing (RV) Applications Master Class in Boulder City, Nevada. She is also a founding director and former board member of IRVA. She trained in Controlled Remote Viewing with Leonard “Lyn” Buchanan (PSI) and Paul H. Smith, Ph.D. (RVIS).

Her early professional training and experience were in the fields of nursing, social work, and child development: she trained and worked as a Registered Nurse and social worker  in the UK. She has researched: early childhood brain development with the Faculty of Medicine at Manchester University; cognitive/ emotional development at the Robert Wood Johnson Medical School in New Jersey, and human consciousness at Princeton University.

Dr. Smith is a noted author and has published numerous articles in the field. She can be reached at mindwiseconsulting@gmail.com.

Mysteries of the Mind

On August 30th, 2019, the History Channel aired an episode of The UnXplained: Mysteries of the Mind, hosted by William Shattner.  The Promo for the show said “Even after centuries of study, the human mind remains as inscrutable as ever. Could the quintessential human machine, the brain, be even more powerful than we realize? And does that suggest that fantastic abilities such as Remote Viewing will one day be recognized not as science fiction, but as science fact–even if, for the moment, they remain UnXplained?”

The show featured The Denver DJ Murder Case that was investigated by Dr. Angela Thompson Smith and the Nevada Remote Viewing Group. Not only did Angela Smith and her group identify the body of the DJ in the waters off Catalina Island, CA but provided a profile of the murderer that assisted in the fugitive’s capture and, eventual, life sentencing.

Historically, in such cases, police are reluctant to use Remote Viewers and, if they do, they rarely admit to the fact. In this case, the LA Sheriff’s Office provided statements acknowledging the role of Remote Viewing in solving the case, for an article in the Las Vegas Sun Newspaper and also for the History Channel episode.

This case is an example of the many humanitarian and commissioned cases that have been carried out by Angela Smith and her viewers over the past couple of decades. Angela Smith is the owner of Mindwise Consulting and is a writer, researcher and trainer. Her website can be found at www.mindwiseconsulting.com and can be contacted at: mindwiseconsulting@gmail.com

If you enjoy hanging out with intellectual people, have an open mind, and can think outside the box, then save the date – May 18-20. The … END_OF_DOCUMENT_TOKEN_TO_BE_REPLACED

Collective Evolution has recently posted a video interview with Former Senator Mike Gravel by John Fugelsang on Current.com's "Viewpoint." This 8:36" video and accompanying article offer excellent, credible information on the topic of UFO disclosure. "This is a global issue, … END_OF_DOCUMENT_TOKEN_TO_BE_REPLACED