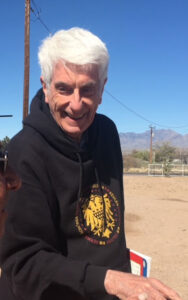 Born in France in 1939, Jacques grew up with a passion for astronomy. He studied mathematics at the Sorbonne, earned a Master’s degree in astrophysics at the University of Lille and tracked early artificial satellites at Paris Observatory.

Moving to the U.S. in 1962, he worked on NASA projects at the University of Texas in Austin (notably on the first computer-based map of Mars) before joining Northwestern University where he completed his PhD in artificial intelligence. He pursued his information and entrepreneurial career at Stanford University and SRI International as one of the Principal Investigators on the early Internet before managing a family of venture capital funds in Silicon Valley, specializing in information technology startups and early-stage medical and biotech investments.

Throughout his life, Jacques has maintained an interest in unidentified aerial phenomena, publishing his personal research in a series of books that have been widely translated around the world. He was the real-life model for the character portrayed by François Truffaut in the film, Close Encounters of the Third Kind.

Jacques lives between San Francisco and Paris. He has two children.

If you enjoy hanging out with intellectual people, have an open mind, and can think outside the box, then save the date – May 18-20. The … END_OF_DOCUMENT_TOKEN_TO_BE_REPLACED

Collective Evolution has recently posted a video interview with Former Senator Mike Gravel by John Fugelsang on Current.com's "Viewpoint." This 8:36" video and accompanying article offer excellent, credible information on the topic of UFO disclosure. "This is a global issue, … END_OF_DOCUMENT_TOKEN_TO_BE_REPLACED