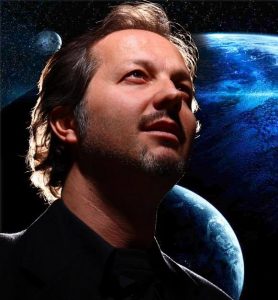 Presentation: “The Importance of UFO Disclosure Worldwide for the Future of Our Planet and Humanity as we Move into Mega Earth Changes”

Haktan’s curiosity about the mystery of space drew his interest to this field since childhood and became a part of his daily life. His interest in science fiction books and movies laid the grounds for his research. It has now been 18 years that he has been continuing his scientific research on the subject and participating in worldwide UFO Symposiums. In 1996 he prepared a weekly documentary on UFOs named UFO Reality which was broadcast on two different national TV channels and has also hosted a weekly Radio program about UFOs at Cool FM for a year. Akdogan founded “Sirius UFO Space Sciences Research Centre” in 1998. For about 6 years the Centre has been involved in intensive studies on the subject.

Apart from the Centres studies Haktan Akdogan is continuing to give conferences on the subject both in Turkey and abroad. In order to inform the public on UFO reality Akdogan participated in more than 55 national TV and news programs published numerous articles and has done many TV and radio interviews.

Akdogan is also the founder of the world’s fourth International UFO Museum opened in Istanbul Turkey in 2002 He is the co-founder of SIRIUS Publishing House which its primary goal to publish important UFO & New Age related books by world’s most important scientists researchers abductees and contactees in Turkish.

Haktan Akdogan, from Turkey, will present the many, latest UFO Sightings and Close Encounters by civilians, pilots, and military personnel, including high ranking generals in Turkey. With incredible UFO footage and photos that will amaze you. The Disclosure of UFO Reality in Turkey, the importance of World UFO Disclosure worldwide for the future of our planet and humanity as we move into mega Earth changes.

Collective Evolution has recently posted a video interview with Former Senator Mike Gravel by John Fugelsang on Current.com's "Viewpoint." This 8:36" video and accompanying article offer excellent, credible information on the topic of UFO disclosure. "This is a global issue, … END_OF_DOCUMENT_TOKEN_TO_BE_REPLACED