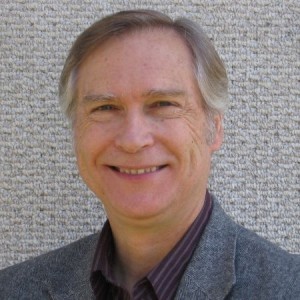 PANELIST “Is Our Society Becoming Too Technological?” moderated by George Noory
Saturday, 2:30-4PM

Michael Lindemann is a futurist, journalist, novelist, and one of America’s most well-known lecturers on the subject of UFOs and human-alien contact.

Michael studied political science and psychology at Stanford University during the Vietnam era, developing a lifelong interest in arms control, foreign affairs and government policy. He finished his BA degree in psychology at Antioch University, followed by two years of study at the Graduate Theological Union in Berkeley. He later combined his political and psychological interests as an educator, social analyst and futurist. In 1989, he founded the 2020 Group, a private research organisation studying forces that shape the future.

Since 1990, Michael Lindemann has earned national recognition for contributions to the study of UFOs. He first examined the UFO controversy from the angle of its possible connection to covert weapons development and social policy. Finding substantial evidence in support of UFO claims, he launched the Visitors Investigation Project to conduct and publish UFO research.

In 1994, Michael Lindemann co-founded the Institute for the Study of Contact with Non-human Intelligence (ISCNI, Inc.), the first on-line institute devoted exclusively to studying claims of human contact with other intelligent life. Launched on America On-line in December of 1994, ISCNI offers public lectures and private classes with top researchers, plus library archives, bookstore, news center and public discussion areas. ISCNI maintained a large web site and published a twice-monthly on-line newsletter, the ISCNI*Flash.

Michael Lindemann has consulted to the entertainment industry, news media, business community, independent researchers and private individuals on all aspects of the UFO subject, as well as other issues impacting the present and future conditions of human society. A dynamic public speaker, he has offered lectures and seminars in every part of the United States and is a frequent guest on radio (Art Bell, Hieronimus and Co., etc.) and television (Sightings, Encounters, The Other Side, Paranormal Borderline, etc.).

The UFO publications of the 2020 Group, as well as Michael Lindemann’s many public lectures, are intended to broaden public awareness and increase the legitimacy of public discussion concerning the entire range of claims surrounding UFOs and alleged human-alien contact. Published titles are:

1990: “UFOs and the Alien Presence: Time for the Truth” (48-page monograph published and distributed by the 2020 Group. Out of print.)

1994: “UFOs and the Global Situation” (two-hour videotape and three-hour audiotape versions, both published and distributed by the 2020 Group)

In June 2000, Michael became Senior Editor for Future Studies at One Cosmos Network, the San Francisco-based media company founded by Joseph Firmage. With the untimely demise of that project in early 2001, Michael decided to exercise a long-held dream and began writing his first novel. Twenty-seven months later, the finished product of that effort is EXCELSIOR, a political-science fiction thriller published by Michael’s own company, Chancellor Publishing.

Collective Evolution has recently posted a video interview with Former Senator Mike Gravel by John Fugelsang on Current.com's "Viewpoint." This 8:36" video and accompanying article offer excellent, credible information on the topic of UFO disclosure. "This is a global issue, … END_OF_DOCUMENT_TOKEN_TO_BE_REPLACED