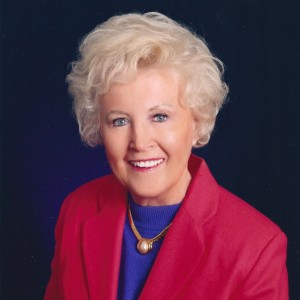 EXPERIENCER SESSIONS
Friday and Saturday, 8-9 AM

Barbara Lamb is a licensed Marriage and Family Therapist, Certified Hypnotherapist and Regression Therapist. She maintains a psychotherapy practice in Claremont, California, and offers counseling and therapy services for individuals, couples, families and children, covering a wide variety of concerns. She conducts Hypnosis to help people achieve the changes they want to make.

Barbara specializes in Regression Therapy with people who experience encounters with extraterrestrial beings. Trained in Regression Therapy for several years during the 1980s by the Association for Past Life Research and Therapies (APRT), she began working with ET experiencers in 1991. She has conducted regressions with more than 800 people totaling more than 1,800 regressions to these types of encounters.

Barbara has taught workshops for Regression Therapists to train them in doing regression therapy with experiencers of extraterrestrial contact through the following organizations: The Association for Past Life Research and Therapies (APRT), the Professional Institute for Regression Therapy (PIRT), the International Board of Regression Therapies (IBRT), and other training agencies. She is currently the President of The Academy of Clinical Close Encounter Therapists (ACCET), and is a Board Member of The Journal of Abduction- Encounter research (JAR).

Over the past 20 years, Barbara has presented lectures on the subject of extraterrestrial encounters across the United States, Canada, England and Belgium, including to the International UFO Congress, The Bay Area UFO Expo, Star Knowledge Conferences, Whole Life Expos, Brain-Mind Symposiums, and various Mutual UFO Network chapters. She has been interviewed on numerous national television shows including Encounters, The Other Side, The Learning Channel, The History Channel, Discovery Channel, and WE Channel. She has also been interviewed on various radio programs, on the air and on the Internet. Barbara, also a noted crop circle researcher, co-authored her first book, Crop Circles Revealed, with Judith K. Moore in 2001. She co-authored her second book, Alien Experiences, with Nadine Lalich in 2008.

Barbara is the former Executive Vice President of the Association for Past Life Research and Therapies. She has been a trainer for the Professional Institute of  Regression Therapy, for APRT, for the Hypnosis Clearing House, and for her  independently sponsored courses. She was a board member and presenter for the Center for Crop Circle Studies in Los Angeles, California.

Collective Evolution has recently posted a video interview with Former Senator Mike Gravel by John Fugelsang on Current.com's "Viewpoint." This 8:36" video and accompanying article offer excellent, credible information on the topic of UFO disclosure. "This is a global issue, … END_OF_DOCUMENT_TOKEN_TO_BE_REPLACED