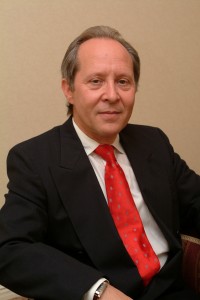 Peter Robbins is an investigative writer, author and activist best known for his UFO related papers, columns, articles, editorials, commentaries, conference lectures and media appearances. He is a regular fixture on American radio shows and has appeared as a guest on and been consultant to numerous television shows and documentaries.

From 1998 until 2004, Peter was employed by the Central Park Media Corporation where he served as Director of their UFO Media Group. Under his direction the company produced a line of respected UFO video and DVD titles. In 1999 he founded and served as Editor-In-Chief of the award-winning website UFO City.com which was online until 2004. This popular Internet destination became a leading UFO news service and posted literally thousands of breaking stories, accounts, editorials, columns and commentaries. Under its auspices he organized, wrote and directed “Campaign Watch 2000,” an all-out, eight-month long effort to get American presidential candidates to comment on the excessive secrecy surrounding the subject of UFOs. Peter  is also co-author, along with Larry Warren, of the British best-seller, Left at East Gate: A First-Hand Account of the Rendlesham Forest UFO Incident, Its Cover-Up and Investigation.

Peter Robbins was born in New York City and studied art, design and theater at University of Bridgeport, Connecticut and received his BFA (painting, film history) from The School of Visual Arts (SVA), New York City. He taught painting there for more than a dozen years and was a member of the art faculties of St. Anns School in Brooklyn Heights, New York and the Oklahoma Council on the Arts ‘Arts Encounters program.’ Robbins was studio assistant to the abstract expressionist painter Adolph Gotlieb, and to the American primitive painter William Cply. He worked in Off Broadway theater management primarily as repertory company house manager. He was also a crisis intervention volunteer with The Samaritans International for eight years. Peter has traveled extensively in approximately thirty countries, is an experienced New York City tour guide and an accomplished photographer.

Robbins’ professional credits include: Editorial Assistant on UN Secretary General’s (requested) report “for the establishment of a UN-UFO Department; Editorial Assistant, for Member of Parliament, the Honourable Brinsley Le Pour, Earl of Clancarty’s (requested) paper for The House of Lords 1980 Debate on UFOs; founding member and Advisory Board member of Budd Hopkins’ Intruders Foundation; longtime Executive Assistant to Mr. Hopkins; Event Coordinator for the SCI FI Channel’s ‘Alien Abduction Phenomenon: A Symposium, organized to promote the release of the Steven Spielberg miniseries ‘Taken,’ and writer, planner and commentator for the “Ultimate UFO” and “Ultimate Crop Circle” DVD sets. Peter has written for Open Minds magazine, FATE, Phenomena (UK) UFO Data Magazine (UK), UFO Matrix (UK), UFO Magazine (both the UK & US publications), OUR-J Journal of UFO Studies (Japan), and numerous other UFO related publications and websites. He is an advisor to the McMinnville (Oregon) UFO Festival/Conference and co-founder, public relations representative and consultant to the Exeter New Hampshire UFO Conference. From 2007 until 2010 he was a consultant and advisor to the City of Roswell New Mexico and coordinator of the city’s annual UFO symposium.

The updated and expanded edition of Left at East Gate: A First-Hand Account of the Rendlesham Forest UFO Incident, Its Cover-Up and Investigation by Larry Warren and Peter Robbins is published by Cosimo Books, NYC and can be ordered from the publisher, online book sources, or directly from author.

Speaker inquiries should be directed to probbinsny@yahoo.com.

Collective Evolution has recently posted a video interview with Former Senator Mike Gravel by John Fugelsang on Current.com's "Viewpoint." This 8:36" video and accompanying article offer excellent, credible information on the topic of UFO disclosure. "This is a global issue, … END_OF_DOCUMENT_TOKEN_TO_BE_REPLACED