You are here: Home / Our Vendors / Craig Campobasso, Writer & Director 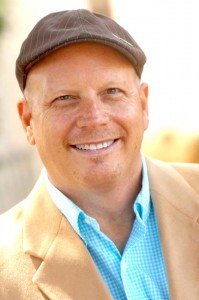 From the day that he was born and swaddled in a rocket ship adorned blanket in the Fall of 1959, the stars were aligned in Hollywood and in the Heavens for Emmy nominated casting director Craig Campobasso to lead a remarkable life here on Earth. As a teenager he began work as a commercial actor, which spilled over into television and film work for this bright, hazel eyed Southern Californianative. The silver screen has remained his home ever since.

Fresh out of high school, Campobasso found himself at a major turning point in his life and career, working behind the scenes for four years on Frank Herbert’s epic feature film Dune. The father and daughter producing team, Dino and Raffaella De Laurentiis, and director David Lynch, were Craig’s first mentors into the business of filmmaking. Raffaella later hired him as a casting director on the popular Christmas movie Prancer, starring Sam Elliott, after he apprenticed as a casting associate on Steven Spielberg’s television show Amazing Stories for NBC.

It was soon after the wrap of Amazing Stories, Campobasso began the next phase of his remarkable journey…one which continues to this very day. It was then at age 26, when he had a spiritual awakening with Master Teachers (including Melchizedek, the Universe’s University of 490 planets in an outer space city) and he began receiving communications from other dimensions. His ‘universally awake’ training is still active now, 27 years after initial contact.

Beyond his success as a casting director, Campobasso’s other passion is to write and direct stories that cause people to think, to raise their consciousness, to expand their minds about Creation, all while still entertaining in the Hollywood tradition. His profound experiences over the past three decades can be gleaned in his book, The Autobiography of an ExtraTerrestrial Saga: I AM Thyron, which was published on 11/11/11 and is the first in a trilogy about the second coming of Consciousness. With high praise in a foreword by world renowned author and psychic Sylvia Browne suggests the book to anyone who enjoys a remarkable story and sees it being a movie like Avatar. Kevin Kilner, star of Gene Roddenberry’s Earth: Final Conflict says “Like Gene Roddenberry, Campobasso’s writing teaches us how to live harmoniously on Earth by looking to our future in the stars. Gene would be proud!”

Campobasso has also completed a feature-length screenplay ‘Stranger at the Pentagon’ based on the book by Dr. Frank E. Stranges that was first released in 1967. It remains a UFO classic to date.The short version of the film which tells the story of a Created Being (Angel in human form) named Valiant Thor who was a documented guest of the Eisenhower administration from 1957-1960 is now in post production and is the launching pad for the feature length film by the same title.

There is an endless supply of compassion, energy and passion emanating from Campobasso.  He is set to direct the Stranger at the Pentagon feature film with a 1950s Technicolor look on Earth and a far-futuristic look on board the Victor Class Saucers, Starship and on other planets where the people live on the interior of their worlds. Craig has been casting for nearly three decades and was nominated for an Emmy for casting David E. Kelly’s Picket Fences. He is a beloved and highly respected Entertainment industry professional who also is an acting coach in the Los Angeles area.

My story is extraordinary on your world, and ordinary on mine.” –Thyron

If you enjoy hanging out with intellectual people, have an open mind, and can think outside the box, then save the date – May 18-20. The … END_OF_DOCUMENT_TOKEN_TO_BE_REPLACED

Collective Evolution has recently posted a video interview with Former Senator Mike Gravel by John Fugelsang on Current.com's "Viewpoint." This 8:36" video and accompanying article offer excellent, credible information on the topic of UFO disclosure. "This is a global issue, … END_OF_DOCUMENT_TOKEN_TO_BE_REPLACED