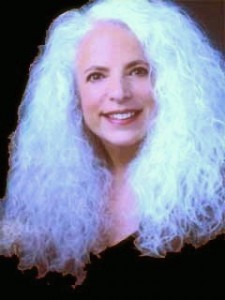 – The Founder for the Institute for Security and Cooperation in Outer Space, ISCOS
– World Peace Ambassador, International Association of Educators for World Peace, IAEWP (NGO, UN-ECOSOC)

Dr. Rosin is an educator, perhaps best known as the original political architect of the movement to stop the Strategic Defense Initiative (SDI) and Anti-Satellite Weapons (ASATs). Carol became the first woman executive in the aerospace industry, a Corporate Manager at Fairchild Industries, a U.S. aerospace company, where she was also spokesperson for the late Dr. Wernher von Braun, the “father of rocketry.” With von Braun, Carol coordinated the award-winning “It’s Your Turn” educational program to motivate youth, women, and minorities in fields of science and technology as they could be applied to achieving world peace in a clean and safe environment for all. Their program won various awards including the Aviation Writers Award, Science Teachers Gold Medal, and others. Rosin helped set up the ATS-6 satellite educational and medical training programs across the U.S. in Appalachia, the Rocky Mountains, and Alaska, and the first national and international two-way, audio-visual satellite educational programs in over 20 countries, including 5,000 villages in India.

Upon leaving Fairchild after the death of von Braun, Carol became the National Chancellor of the International Association of Educators for World Peace (IAEWP), founded by Dr. Charles Mercieca, in consultative status with the UN Economic and Social Council. After bringing several experts to the UN Second Special Session of the Peaceful Uses and Exploration of Outer Space in Vienna, Austria, Rosin founded the Institute for Security and Cooperation in Outer Space (ISCOS) in 1983.

After several years living abroad, working from the local to the presidential level, Dr. Rosin has returned to the USA to introduce an exciting new Plan of Action, the Outer Space Security and Development Treaty of 2011. This Treaty was drafted by Dr. C. B. Scott Jones (President, Peace & Emergency Action Coalition for Earth); Apollo Astronaut and Founder of the Institute of Noetic Sciences, Dr. Edgar Mitchell; retired Navy Commander Will Miller; and retired Boeing executive Abe Krieger.

If you enjoy hanging out with intellectual people, have an open mind, and can think outside the box, then save the date – May 18-20. The … END_OF_DOCUMENT_TOKEN_TO_BE_REPLACED

Collective Evolution has recently posted a video interview with Former Senator Mike Gravel by John Fugelsang on Current.com's "Viewpoint." This 8:36" video and accompanying article offer excellent, credible information on the topic of UFO disclosure. "This is a global issue, … END_OF_DOCUMENT_TOKEN_TO_BE_REPLACED