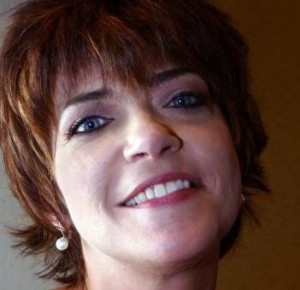 Angelia Joiner, the reporter who broke the news of multiple UFO sightings over Stephenville, Texas, January 2008, has continued her quest for answers as to what is going on in our skies. She is recognized internationally for her straight forward, factual reporting on this topic, which has brought accolades from around the world, two appearances on Larry King Live, at conferences, and too many to mention live radio interviews. She was named UFO Digest’s “2009 UFO Reporter of the Year” for her outstanding work in bringing the Stephenville UFO events to national and international attention.

Angelia continues to do many interviews across the nation. Most recently she appeared in James Fox’s “I Know What I Saw” and Discovery Channel’s “Investigation X.” Angelia worked closely with ABC producers on “UFOs: Seeing is Believing,” which aired in September 2008, and resulted in a special thank you credit.

The Mutual UFO Network Texas branch recognized her in 2008 as the organization’s “lead investigative reporter.”

She consulted with Robert Powell, MUFON national research director, and Glen Schulze, radar analyst, on the Stephenville Radar Report, which confirms an unknown object in the sky on that now infamous night.

In 2007, Angelia earned two second place awards from the West Texas Press Association for feature writing and special coverage. In 2008, she won first place in feature writing from the same organization.

She is a native of Stephenville, Texas

Angelia is married to Randell Joiner who is also an area native and she has a daughter.

Collective Evolution has recently posted a video interview with Former Senator Mike Gravel by John Fugelsang on Current.com's "Viewpoint." This 8:36" video and accompanying article offer excellent, credible information on the topic of UFO disclosure. "This is a global issue, … END_OF_DOCUMENT_TOKEN_TO_BE_REPLACED