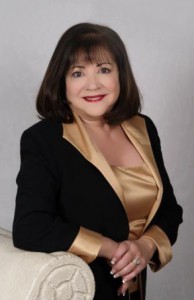 Smith began researching the UFO phenomenon in the late 1980s. After 2 years of studies and 1000 hours of internship at the California Hypnosis Motivation Institute, the only accredited hypnosis college in the United States, she received her hypnotherapy certification in 1990. Specializing in cases of post traumatic stress disorder [with many of her subjects referred by physicians and psychiatrists who believe Smith’s expertise can benefit their patients] she uses her hypnotherapy skills to assist such victims to work through their anxiety. In fact, many such patients are themselves doctors, university professors, engineers, lawyers and other professionals.

Because Smith [who is internationally known in UFO circles as simply “hypnotherapist Yvonne”] observed that many of the PTSD cases being referred to her involved subjects with similar descriptions of UFO abduction encounters, Yvonne founded Close Encounters Resource Organization [ CERO] as a support group for such individuals in 1992 [now in its 19th year]. She also served on the board of the Organization for Paranormal Understanding and Support (OPUS) to further her support for such PTSD subjects.

In addition to being a hypnotherapist “in demand”, since 1991 Yvonne has traveled extensively, presenting lectures in the United States at M.I.T. and several other universities, at many American “UFO” conferences, including lecturing and conducting many standing-room-only experiencer sessions at the International UFO Congress in Laughlin, Nevada, U.S.A. The Roswell International UFO Museum annually invites Yvonne to present multiple lectures, be a panel member, and be moderator for their investigator panel at Roswell’s internationally known UFO Festival each July. She has also lectured for several years at international conferences from South America to Europe.

Comfortable in front of cameras, Yvonne’s 30-35 television appearances have included programs such as The History Channel, The Montel Williams Show, Intruders, MSNBC, The Discovery Channel, Encounters, Sightings, Joan Rivers, Rosanne Barr and The Leeza Show. Italian television interviewed Yvonne for broadcast to Italy and other European countries; German Television for European broadcast; Telemundo and Jaime Maussan Productions for broadcast in Mexico; and Mysterious Universe for Australian broadcast. ABC TV contacted Yvonne to respond in a news special to negative comments made by Stephen Hawking regarding “alien encounters.”

Having her living room turned into a television “studio” for many hours has been a common occurrence. She is a frequent consultant to directors and actors for movies and television programs in the works, and is participating in current projects involving her hypnotherapy expertise in working with post-traumatic stress.

Yvonne has also been interviewed as a frequent radio program guest by such well known radio hosts as Coast to Coast with George Noory, Art Bell, Paul Harvey, Jerry Pippin, Joe Montaldo, Dr. David Viscott, the Sweeps Fox “Radio Ireland” show, England’s “The Unexplained,” and many other hosts which broadcast programs to over 54 countries.

In addition to her many radio and TV interviews and participation, Yvonne with her CERO group was asked to participate in a Disney project involving the Disney “Alien Encounters” documentary (1995).

In the 1990s, Yvonne traveled on a lecture tour with her other internationally known hypnotherapy colleagues Mack, Hopkins, and Jacobs.

Yvonne is the author of CHOSEN: Recollections of UFO Abductions through Hypnotherapy which is in its fourth printing. CHOSEN exposes, with dramatic unedited regressive hypnotherapy transcripts, the reality of the trauma suffered by abductees.

Smith, with Budd Hopkins, is the subject of a documentary DVD, “Alien Hybrids & Clinical Hypnotherapy,” which is volume 1 from the Secrets of the Underground series.

Yvonne will be presenting a special morning session at the 2014 Symposium on Sunday, May 4.

About CHOSEN: Recollections of UFO Abductions Through Hypnotherapy

In CHOSEN Yvonne Smith, a certified hypnotherapist specializing in the use of hypnotherapy to assist those who suffer post traumatic stress as a result of “close encounters” reveals the trauma of such individuals. In UFO circles, whenever there is a reported “sighting” the emphasis of UFO investigations is usually limited to evaluating whether the experiencer’s description supports, or not, the reality of a non-earthly contact…with little concern for the experiencer’s trauma. However, the concern of recognized regressive hypnotherapy expert Yvonne Smith is with the trauma suffered by the experiencer from their encounter. Different focuses: Typical UFO books about UFO sightings limit their attention to how an event supports a UFO encounter, but CHOSEN focuses on the experiencer’s trauma…too frequently ignored by investigators

CHOSEN
…focuses uniquely on the effect the encounter has on the experiencer. CHOSEN …uniquely contains dozens of startlingly candid and unedited transcripts of subjects’ recollections of alien abductions, unblocked from hidden memory during regressive hypnotherapy sessions.

CHOSEN
…reveals Yvonne Smith’s skill as a post traumatic stress hypnotherapy specialist by probing deeply into her subjects’ subconscious to release them from their trauma. CHOSEN …provides the reader with information to consider, evaluate…and decide.

Collective Evolution has recently posted a video interview with Former Senator Mike Gravel by John Fugelsang on Current.com's "Viewpoint." This 8:36" video and accompanying article offer excellent, credible information on the topic of UFO disclosure. "This is a global issue, … END_OF_DOCUMENT_TOKEN_TO_BE_REPLACED