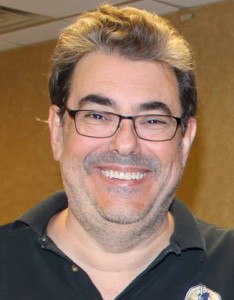 Joseph G. Buchman, PhD (Joe) is an innovator in online higher education and lives in the mountains outside of Park City, Utah with his wife, four children, three Oldsmobile Auroras, two cats and the occasional wild moose. He grew up in Southern Indiana, just outside of Louisville, Kentucky where, after earning a BS in Marketing from Indiana University, he worked in radio and television (WHAS, WLRS, ESPN and others) before moving to Augusta, Georgia where he was the Creative Services Director for WAGT-TV the NBC television affiliate there. After managing the advertising and promotion process that led to WAGT becoming the fastest growing television station in the nation, and after being awarded six local Emmys, Joe left television to earn an MBA (Masters of Science in Finance) from the Krannert Graduate School of Management at Purdue University, a PhD from Indiana University, and spent the next 15 years in traditional Higher Education (earning tenure in 1996).

In the summer of 2001, he left on-campus higher education to teach online and more fully pursue his life-long dream of adventure travel (which has taken him to Mongolia five times – including to the Altai mountains for the August 2008 total solar eclipse (his third), and the 2008 Summer Olympics in Beijing). Later that year he ran for the US House of Representatives as the Libertarian Candidate in Utah’s First Congressional District receiving 6,287 votes while calling for legislation and to protect whistle-blowers and open Congressional Hearing regarding “waste, fraud, criminal activity and the ET Disclosure.”

Dr. Buchman has been a guest on Coast to Coast AM twice, as well as a exopolitical activist and speaker at the X-conferences in 2008 and 2009, the SETI Conference Contact: Cultures of the Imagination in 2014, and others. Most recently Dr. Buchman served as a key organizer of and Moderator for the Washington DC based Citizen Hearing on Disclosure. He is the founder of “Grassroots Exopolitics” through his “message in an Internet bottle”

Collective Evolution has recently posted a video interview with Former Senator Mike Gravel by John Fugelsang on Current.com's "Viewpoint." This 8:36" video and accompanying article offer excellent, credible information on the topic of UFO disclosure. "This is a global issue, … END_OF_DOCUMENT_TOKEN_TO_BE_REPLACED