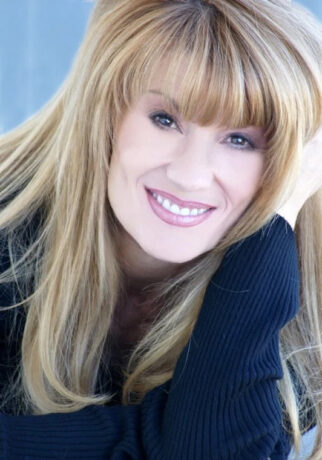 Dianna Lee De La Garza is an American actress, talent manager, ex-cheerleader & author of Irish and English descent. She is the mother of Demi Lovato.

Dianna is a former country music singer, and mother of Demi Lovato , Dallas Lovato, and Madison De La Garza.[1] She is the current wife of Eddie De La Garza and former wife of Patrick Lovato. According to Demi in an interview with TVGuide.com, it was Dianna who “brought the singing” out of her.

In the early 1980’s, Dianna was a professional cheerleader for the National Football League’s Dallas Cowboys. After performing several times, Dianna decided to pursue a singing career, which led her husband Patrick to divorce her. As Patrick said himself to Star magazine, they divorced because their long-distance relationship was not working. In the late 1990’s, Dianna married Eddie De La Garza and gave birth to Madison De La Garza in 2001.

Dianna will guest emcee at the 2022 Laughlin UFO Symposium.

If you enjoy hanging out with intellectual people, have an open mind, and can think outside the box, then save the date – May 18-20. The … END_OF_DOCUMENT_TOKEN_TO_BE_REPLACED

Collective Evolution has recently posted a video interview with Former Senator Mike Gravel by John Fugelsang on Current.com's "Viewpoint." This 8:36" video and accompanying article offer excellent, credible information on the topic of UFO disclosure. "This is a global issue, … END_OF_DOCUMENT_TOKEN_TO_BE_REPLACED