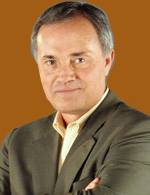 This experience prompted him to further experiment with his newly acquired knowledge. He received a psychographic message from an extra-terrestrial called Oxalc who claimed to come from Ganimedes, one of the moons of Jupiter. Sixto was skeptical over the message and was ready to dismiss if it wasn’t for another subsequent experiment with a group of friends. On that fateful occasion, Oxalc invited them to a “pre-arranged encounter” to take place in the Chilca Desert – 60 kilometers south of Lima. This encounter with UFOs took place on February 7, 1974 and was witnessed by 20 people.

This lead to a chain of encounters, including seven well documented encounters that were witnessed by international journalists who authenticated the extra-terrestrial experience and their message of hope for humanity and our planet. Among all of his extraordinary experiences, one was particularly fascinating which included transportation through a xendra or inter-dimensional portal. On three occasions he has been inside spaceships.

In his role of World Coordinator and Spokesperson of the RAHMA Mission, Sixto frequently travels to numerous countries each year to speak about UFOs, extraterrestrials, and energetic dynamics, that help evolve our consciousness among many other subjects.

Sixto is a frequent speaker at some of the most renowned world conferences in the subject of UFOs and extraterrestrials. His knowledge, experience, and expertise has taken him all over the world. He has been invited to lecture at the United Nations in New York, La Sociedad de las Americas, Columbia University in New York, John F. Kennedy University in San Francisco, The University of Complutense in Madrid, Spain, The Universidad Autonoma de Mexico, and the Universities of Montreal and Quebec in Canada. Every year, Sixto grants several interviews to the international press and radio stations from over 40 countries. On multiple occasions, he has been interviewed by North American television channels in European countries.

Sixto has written sixteen general audience non-fiction books on the subject of extraterrestrials and two novellas for young readers on the topic. The Invitation and Tanis and the Magical Valley, a Journey through the Inca Heartland have been translated to English.

Sixto’s travels have taken him to all corners of the world. He has explored Easter Island and the mysteries of the Umbilicus of the World as it is known. He has followed the Mayan trail through Mexico, Guatemala, and Honduras. He has traveled dozens of times to Egypt where he has researched many of the pyramids, temples, and necropolis, looking for the nexus with the real planetary history and extra-terrestrial visitations. So far, he has been a part of three expeditions to the jungle of the Manu in the Peruvian Amazon, following the Inca trail to the lost city of Paititi. His travels have also taken him to Israel and Jordan, looking for the lost years of Jesus, the Essenes, and the origins of our Judeo-Christian beliefs. He has led dozens of trips to sacred sites all over Europe and has researched crop circles in England. He has also traveled to India, Nepal, Tibet, and China looking for the mystical and spiritual connection to their ancestral legacies. Sixto has participated in many diverse initiations in hermetic circles worldwide.

In more than 40 years of RAHMA Mission Worldwide, Sixto Paz has reached out to thousands of people, teaching the fundamental principles of the spiritual human, who is in contact with Self, and beyond. His has a message of hope for humanity.

Currently, Sixto lives in Lima, Peru with his wife Marina and his daughters Yearim and Tanis.

Collective Evolution has recently posted a video interview with Former Senator Mike Gravel by John Fugelsang on Current.com's "Viewpoint." This 8:36" video and accompanying article offer excellent, credible information on the topic of UFO disclosure. "This is a global issue, … END_OF_DOCUMENT_TOKEN_TO_BE_REPLACED