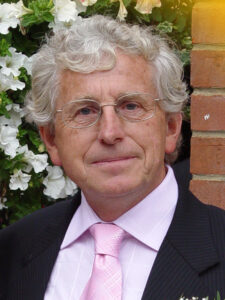 Opens the 2021 Laughlin Conference with his Message on Consciousness “Edge of Reality
Friday, Nov. 12, 10 AM (Live Feed)

Best known for his research into the crop circles, UFO and Consciousness subjects since 1983, Colin Andrews provides the only continuity between the past crop circle research era and the present, along with his friend and colleague, Busty Taylor. His long view of both the genuine phenomenon and the human-made phenomenon provides unique insight into the subject. His research results indicate the intelligence behind the phenomenon is interacting with both crop circle researchers and many of the people who make them.

He has publicly stated since the late 1980’s that the phenomenon indicates a future period of human chaos. The period indicated, supported by current trends, can be changed with human awareness and he believes there are serious eco-political implications and that the future direction of the planet is at the center of the phenomenon. In the final analysis Andrews believes the phenomenon is challenging people to a higher level of consciousness. Some native elders agree with Colin’s assessment which is supported by the 2012 Mayan Prophecy, which his latest book, The Complete Idiots Guide to 2012, co-authored with with his wife Dr. Synthia Andrews, speaks to. Colin’s thirty year investigation continues with growing urgency for openness and honesty in government and private research, respect for divergent opinions and co-operation between investigators in all areas.

Colin Andrews is an electrical engineer by profession, is the man who coined the term ‘Crop Circle.’  Among his many accomplishments: he started the first research organization, Circles Phenomenon Research (CPR); designed high-tech surveillance operations attempting to film a circle being made; and advised Prime Minister Margaret Thatcher’s cabinet and Queen Elizabeth on the mysterious phenomenon. He compiled the largest data base in the world on the subject. Colin has written numerous books including the classic Circular Evidence (1989) with co-author Pat Delgado, chosen by the Queen for her prestigious Summer Reading List. He is frequently highlighted in documentaries on the subject and was a consultant with the Mel Gibson movie Signs. His most recent book, co-written with Synthia is On the Edge of  Reality which was preceded by The Complete Idiots Guide to 2012 and The Complete Idiots Guide to the Akashic Record also, authored with his wife. Colin is currently making his archives available to the public in books such as Government Circles, The Andrews Catalogue and The Assessment.

Collective Evolution has recently posted a video interview with Former Senator Mike Gravel by John Fugelsang on Current.com's "Viewpoint." This 8:36" video and accompanying article offer excellent, credible information on the topic of UFO disclosure. "This is a global issue, … END_OF_DOCUMENT_TOKEN_TO_BE_REPLACED