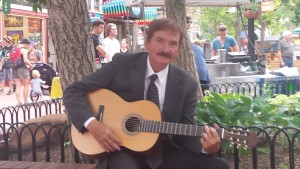 One of the most prolific abduction cases in the history of ufology, which happened more than 35 years ago, was that of Travis Walton. His disappearance caused a whirlwind of news reports, controversy, and skepticism.

For his entire adult life, Walton has been carrying this emotional burden and the telling of his story has been, for the most part, a solo journey. At the 2012 International UFO Congress, two eye witnesses, John Goulette and Steve Pierce, came forward to speak with Walton about the incident. Hearing their stories has educated Walton about what Goulette and Pierce experienced during his abduction, and since then he has also connected with others who have shared similar stories. Making these connections and his own process of maturity has allowed Walton to reexamine his beliefs surrounding the incident.

Collective Evolution has recently posted a video interview with Former Senator Mike Gravel by John Fugelsang on Current.com's "Viewpoint." This 8:36" video and accompanying article offer excellent, credible information on the topic of UFO disclosure. "This is a global issue, … END_OF_DOCUMENT_TOKEN_TO_BE_REPLACED