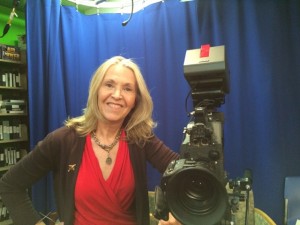 Jennifer Stein and Travis Walton will join us for a special screening of Stein’s Award Winning Film “Travis: The True Story of Travis Walton” on Saturday, November 12 at the Dinner Gala.

Jennifer Stein earned her Bachelors of Science, in Textiles from the University of Arizona. She is an artist, entrepreneur, activist, a student of ancient civilization, and documentary filmmaker. Jennifer is a self-taught filmmaker who never went to film school. She is an entrepreneur who started making films in the 1990’s while running non-profit organizations, raising her two children, and running a special events business. Harnessing the power of the moving visual image to educate, inspire and empower, Jennifer uses film to help achieve important goals. Her interest are wide, like peace projects, sensible gun ownership legislation, environmental awareness, and appreciation of ancient history, archaeology, and artifacts, UFO’s crop circles, and Yoga, meditation, macrobiotics, ESP to name a few…

Her long list of film work is published and up at her film web site www.OnwingesProductions.com. “Winge” is her maiden name. It’s Norwegian. By adding ON to the front of the maiden name she created her first email address and it stuck as a film corporation name many years later.

Jennifer has produced numerous video treatments for speakers in the UFO field and hosts her own cable network television show in Radnor. She founded Main Line MUFON 12 years ago. Main Line MUFON is an organization in the Philadelphia suburbs that serves as a regional education arm for the Mutual UFO Network and Noetic Science’s “Shift in Action” for South Eastern Pa. Jennifer is a State Section Director and field investigator for MUFON. Her regular monthly program meets at the Tredyffrin public Library in Strafford Pa.

For more information visit her sites at: www.mainlineMUFON.com and onwingesproductions.com.

Collective Evolution has recently posted a video interview with Former Senator Mike Gravel by John Fugelsang on Current.com's "Viewpoint." This 8:36" video and accompanying article offer excellent, credible information on the topic of UFO disclosure. "This is a global issue, … END_OF_DOCUMENT_TOKEN_TO_BE_REPLACED