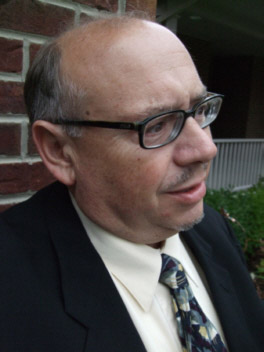 Sam is an Investigative Researcher whose main interest has been in Ufology . His interest in the subject began in 1964 and he gave his first presentation on the UFOs in 1967 to his seventh grade classmates.

Some forty six  years later his audience has vastly expanded as his interviews have been heard and seen by millions.

As a frequent guest to a variety of radio show as well as lecture and guest speaking at an array of events, Sam makes it a point to bring key fundamental points to the public.
One such point is the phenomenon is genuine and not every unknown observation is an extraterrestrial space craft but some may very well be.

Best know for his work and appearances on such television specials and programs as UFO Hunters, History Channel, 10 Best UFO Encounters, Dateline NBC, and others where one or more of His case investigations have been highlighted. The most popular of these cases so far being the Tinley Park Mass Sightings of 2004 and O’Hare Gate C17 .

Sam has been the Host & Co-Host of four radio talk shows. He is also the State Director of the Illinois State Chapter of the Mutual UFO Network, MUFON.

Collective Evolution has recently posted a video interview with Former Senator Mike Gravel by John Fugelsang on Current.com's "Viewpoint." This 8:36" video and accompanying article offer excellent, credible information on the topic of UFO disclosure. "This is a global issue, … END_OF_DOCUMENT_TOKEN_TO_BE_REPLACED