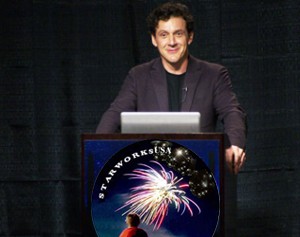 For nearly 20 years, James Fox traveled across the world in pursuit of the truth regarding UFOs. He directed and produced three films on the subject and in 2007 orchestrated an event, with help from journalist Leslie Kean (Coalition for Freedom of Information), which to this day is hailed as the most credible civilian effort of disclosure on UFOs in history. Fox assembled 14 speakers, including two retired generals and several other military officers, a former governor, civilian pilots and government scientists from seven countries (Belgium, Chile, France, Iran, Peru, U.K. and the U.S.) at the National Press Club in Washington, D.C., to give firsthand testimonies on their encounters/investigations with UFOs. The result was the world-renowned documentary, I Know What I Saw, distributed by A&E and Content Films International. Fox is convinced not only that UFOs are real, but that governments have concealed information on this subject from the public for more than 60 years.

In his study, Fox proudly displays a framed letter from Steven Spielberg, who called his last film “compelling,” and states, “I hope the government will someday reveal the true and natural origins of UFOs.”

James was born in England and raised in New York and California. He began his journalism career early in life as an assistant to father/writer Charles Fox, a quadriplegic with Multiple Sclerosis. Together they traveled on many magazine assignments, interviewing such notables as Stephen Hawking and race car legend Dan Gurney for the likes of Rolling Stone, Car & Driver to Sports Illustrated. James finished and sold his first documentary to Discovery by the time he was 28. He has since completed and distributed TV projects for Sci-Fi, TLC, National Geographic and History Channel and has made frequent appearances on Larry King Live, Night Line, Dateline, Anderson Cooper and others.

Fox and screenwriter and film producer Tracy Torme are working together on a new feature film, 701, a documentary which explores the origins of the UFO phenomenon and the government suppression of evidence. 701 refers to the number of cases that remained unexplained as part of Project Blue Book, the study of UFOs conducted by US Air Force from 1948 – 1969. For their new film, Fox said he interviewed Col. William Coleman, the spokesman for Project Blue Book, who as a pilot in 1955 had an encounter/chase with a flying saucer over Alabama. Along with Coleman, the passengers in his plane, who were engineers from Lockheed Martin, were all perplexed by the movements of the metallic craft, which had no signs of any propulsion. Fox collected materials at the National Archives regarding the 1964 Socorro, NM UFO case in which police officer Lonnie Zamora saw something fly overhead, and then approached a shiny egg-shaped object that had landed nearby off a dirt road. He saw two occupants, who initially he thought were children. One of the occupants was startled to see him approaching, and the craft took off before he got much closer, Fox recounted. Discussing the pros and cons of various hypothesis for UFOs, Torme gave credence to the interplanetary explanation, noting that the galaxy is probably teeming with life, while Fox considered the dimensional theory a possibility, considering how UFOs seem to wink out or disappear. Fox, who announced a $100,000 reward for proof of an ET craft, also entertained the idea that UFOs could be associated with time travelers, returning to our time period as a kind of history lesson. Torme, who was acquainted with the late Gene Roddenberry (the creator of Star Trek), shared the surprising revelation that Roddenberry actually thought UFO reports were bunk, as did astronomer Carl Sagan and sci-fi legend Ray Bradbury. Another case that impressed Fox and will be featured in 701 was the 1994 Zimbabwe incident, in which numerous school children saw a craft landing, and aliens who sent telepathic messages to them.

Collective Evolution has recently posted a video interview with Former Senator Mike Gravel by John Fugelsang on Current.com's "Viewpoint." This 8:36" video and accompanying article offer excellent, credible information on the topic of UFO disclosure. "This is a global issue, … END_OF_DOCUMENT_TOKEN_TO_BE_REPLACED