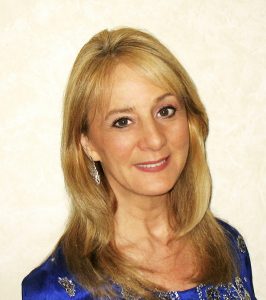 Serena is a UFO researcher, Conference Producer and Intuitive Vedic Astrologer. She became interested in UFOs and Extra-Terrestrials from experiences during childhood in England which led her to study philosophy and meditation from a very young age.

She travels to Puerto Rico to research the extensive UFO and paranormal activity there and also investigates regularly in her native England.

Serena spent many years in Vedic studies and practice. She lived in temples and was initiated as a Brahmin. She studied the ancient Vedic Civilization, and the various Extra-Terrestrial species mentioned in the ancient texts and their ‘vimana’ space ships. She studied the traditional dances of India and directed and performed plays about the ancient great epics.

Serena also has a background in the Entertainment Industry, first working for the BBC in London and then as Personal Assistant to two Hollywood celebrities in Los Angeles.

She is an accomplished Vedic Astrologer, using a combination of her psychic ability and astrology to assist clients worldwide.

Serena is an Ambassador for the Love Button Global Movement which fosters acts of kindness all over the world. Serena also volunteers to help refugees with The Tiyya Foundation in Orange County.

Serena is an Associate Producer with Conscious Life Expo in Los Angeles and on the Board of Directors, MUFON Orange County.

Collective Evolution has recently posted a video interview with Former Senator Mike Gravel by John Fugelsang on Current.com's "Viewpoint." This 8:36" video and accompanying article offer excellent, credible information on the topic of UFO disclosure. "This is a global issue, … END_OF_DOCUMENT_TOKEN_TO_BE_REPLACED