You are here: Home / Blog / Our Rapidly Expanding View of the Cosmos 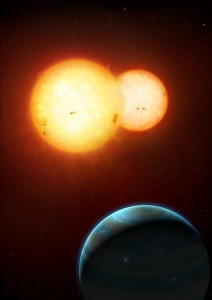 It seems that almost every week, there is an announcement about new astronomical discoveries that have been made within our solar system and beyond. However, this week’s meeting of the American Astronomical Society in Austin, Texas, has brought startling revelations of huge leaps in scientific discoveries in space, and has turned the eyes of even the most conservative Americans sky-ward.

The Wall Street Journal featured the article “An Otherworldly Discovery: Billions of Other Planets” with, what must be to them a the mind-shattering quote, “…adding credence to the notion that planets are as common in the cosmos as grains of sand on the beach.” Well, by golly, space is big. REALLY big. Imagine that! Although researchers have said “None of the planets detected so far appear suitable for conventional carbon-based life as known on Earth,” this doesn’t diminish the excitement of the December 2011 article featured in The Washington Post “New planet similar to Earth discovered: How far is 600 light years away?”

Also drawing on this week’s AAS meeting, the Huffington Post featured an article about the discovery of two newfound twin-sun (circumbinary) planets. They are hailed as “Real-life ‘Tatooine’ planets” that happen to exist very near the habitable “Goldilocks’ zones” of their stars. Read the full article, “Real-Life Tatooine: Planets With Two Suns Found” and view the stunning photos gallery: Gallery: “Tatooine” Planets With 2 Suns Found

All in all, a long legacy of science fiction books, movies, radio and television shows has prepared us for the reality of interstellar travel and discovery. With the expanding view of our cosmos that even science validates, could the next big scientific “announcement” be that life exists “out there”? We here at Starworks imagine it will all be baby-steps…the discovery of the simplest of life forms, up to the ultimate discovery of organized, intelligent, self-aware beings. Nevertheless, it could be that reality is finally catching up with “fiction.”

If you enjoy hanging out with intellectual people, have an open mind, and can think outside the box, then save the date – May 18-20. The … END_OF_DOCUMENT_TOKEN_TO_BE_REPLACED

Collective Evolution has recently posted a video interview with Former Senator Mike Gravel by John Fugelsang on Current.com's "Viewpoint." This 8:36" video and accompanying article offer excellent, credible information on the topic of UFO disclosure. "This is a global issue, … END_OF_DOCUMENT_TOKEN_TO_BE_REPLACED