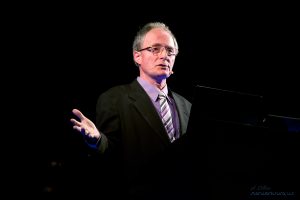 After experiencing a mental download event on February 26, 2012 Cameron turned his research interests away from “nuts and bolts” research to the role of consciousness in the UFO phenomena. This new research has expanded out to the possible involvement of extraterrestrials in modern music, and in the phenomena of inspirations and downloads in science discoveries, inventions, Nobel Prizes, music, art, books, near death experiences, meditation, and with individuals known as savants and prodigies. This research is detailed in two recent books “The Paranormal World of Music,” and “Inspired: The Paranormal World of Creativity,” which is the basis for a new series on Gaia TV.

These sightings led to a decade of research into the early 1950s work done by the Canadian government into the flying saucer phenomena. Cameron became the authority on the Canadian government program and Wilbert B. Smith who headed it up.  This led to an investigation of the role in the UFO cover-up by the former President of Penn State University.

Grant Cameron became involved in Ufology as the Vietnam War ended in May 1975 with personal sightings of an object which locally became known as Charlie Red Star. The sightings occurred in Carman, Manitoba about 25 miles north of the Canada-US border. The story has been optioned for a movie that will be released in 2016. These sightings led to a decade of early research done by the Canadian government into the flying saucer phenomena. Cameron is the authority on Wilbert B. Smith who headed up the Canadian government program. This led almost two decades of research into the role of the President of the United States in the UFO mystery. In the past few years Cameron has turned his research interests to the role of consciousness in the UFO phenomena, the possible involvement of extraterrestrials in modern music, and in the phenomena of inspirations and downloads in science, inventions, Nobel Prizes, music, art, books, near death experience, meditation, and with individuals known as savants and prodigies. He was one of the 40 witnesses that testified in front of six ex-Senators and Congressmen in Washington for the Citizen’s Hearing UFO on Disclosure.

Grant Cameron is the recipient of the Leeds Conference International Researcher of the Year and the UFO Congress Researcher of the Year. He became involved in Ufology as the Vietnam War ended in May 1975 with personal sightings of an UFO type object which locally became known as Charlie Red Star.

Grant has lectured widely in Canada, the United States and Europe. He has appeared on many television documentaries on UFOs, and been interviewed by nearly a hundred radio shows including several appearances on Coast to Coast AM.

If you enjoy hanging out with intellectual people, have an open mind, and can think outside the box, then save the date – May 18-20. The … END_OF_DOCUMENT_TOKEN_TO_BE_REPLACED

Collective Evolution has recently posted a video interview with Former Senator Mike Gravel by John Fugelsang on Current.com's "Viewpoint." This 8:36" video and accompanying article offer excellent, credible information on the topic of UFO disclosure. "This is a global issue, … END_OF_DOCUMENT_TOKEN_TO_BE_REPLACED